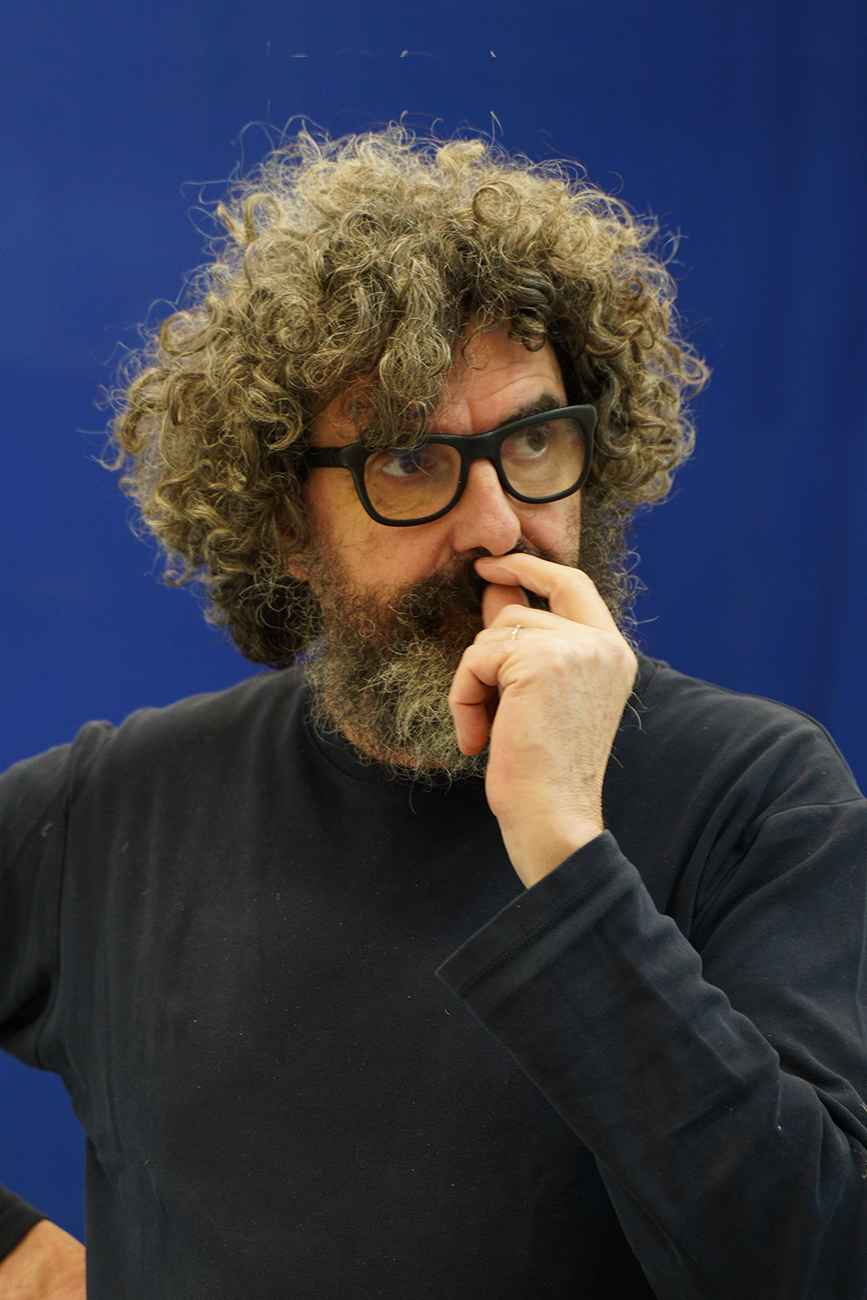 Born in 1959 in Boulogne-Billancourt. Lives and works in Paris.

A certain group of artists in the Eighties gave themselves up to painting in the same way as you’d set up a rock group, with the same urgency tinged with romanticism. Their thick brushes dipped in multicoloured acrylic paint splashed a new sense of freedom on any medium in reach. Along with with Di Rosa, Combas and Blanchard, François Boisrond was one of the originators of the “Figuration Libre” movement, developed in defiance of good taste. Brought up on a diet of mass media, pop culture and punk-rock, François Boisrond initially represented his daily life using solid colour and clean lines. His painting then evolved to comport more technical virtuosity. He revisited art history masterpieces, adapting his pallet to the colours of digital mediums that he deconstructed in the manner of the Post-Impressionists. Over the years, this artist, from a family of film-makers, has used the camera to paint, lingering in off-camera areas of the workshop, sliding into adroit staging where characters, costumes and decor all have equal value… Represented in many collections, his work is regularly exhibited in various institutions (Fondation Cartier, La Beauté in Avignon in 2000, Mudam  in Luxembourg and the Centre Pompidou in 2007, Villa Tamaris and the Musée des Sables d'Olonne in 2012, Beaux-Arts de Paris in 2016, Fonds Hélène et Édouard Leclerc in Landernau in 2018 etc.).