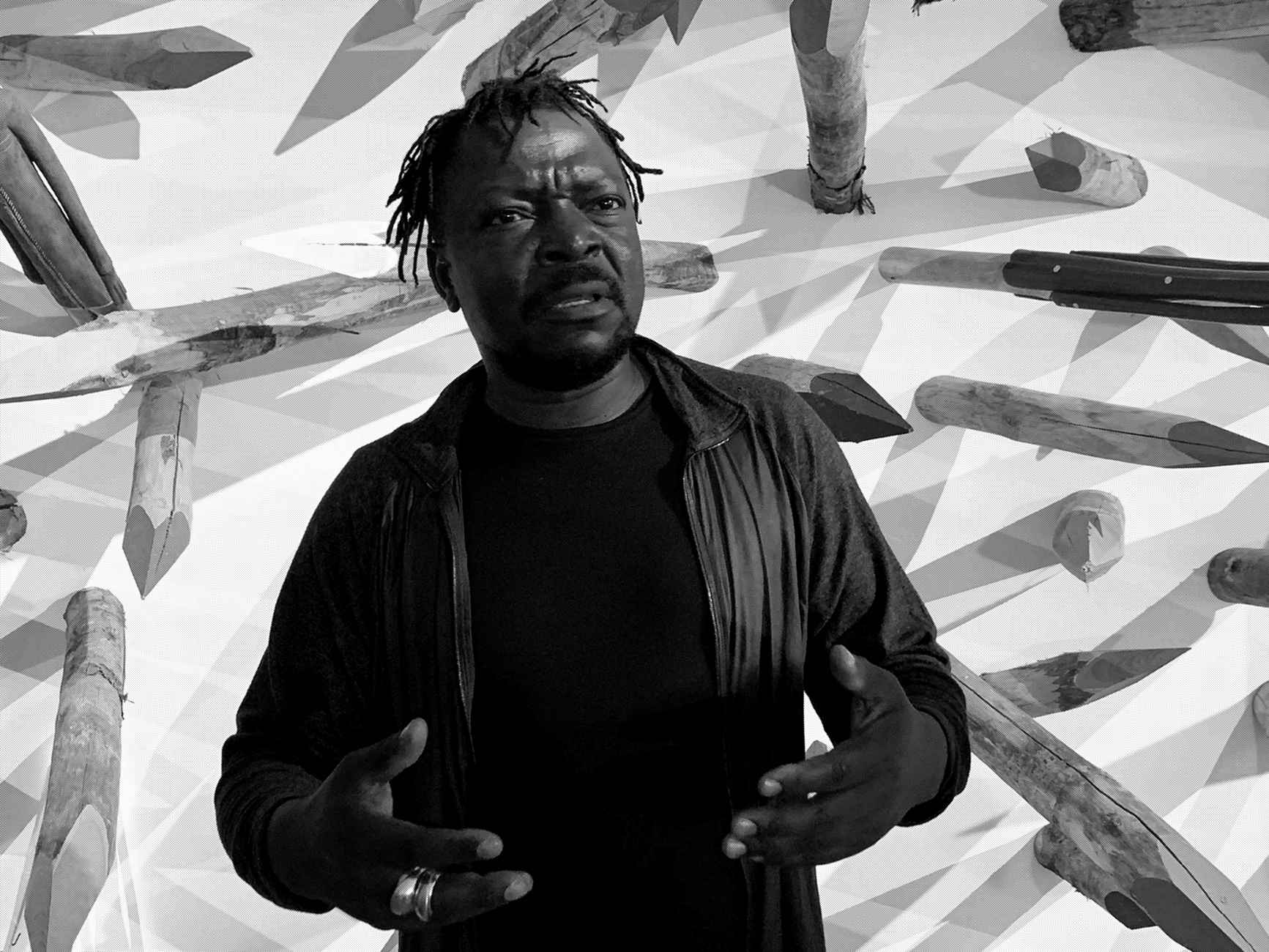 Born in 1966 in Nkongsamba, Cameroon. Lives and works in Ghent, Belgium and Yaoundé, Cameroon.

A male-female first name adopted by choice, a desire to always push back the limits, whether they are mental, cultural or geographical... Pascale Marthine Tayou has not stopped practicing since the 90s an art without borders, nomadic and intuitive, which hybridizes and assembles all kinds of objects on its way. Always on the move, Tayou is a great traveler who tries to make the link between cultures, but also between man and nature. Self-taught, intuitive and precise, his work cannot be summed up in a single medium: drawing, performance, photography, video sculptures, installations... the artist is never short of ideas to develop new reflections on society. He diverts the objects of their function and destination to approach the problem of "unblocking"... From crystal sculptures in volume to in-live installations made of thousands of multicolored plastic bags tied together or dishes that are erected in columns, his internationally recognized work has been exhibited at Documenta 11 in Kassel, the Venice Biennale, the Turin Triennial, the Tate Modern in London, the Gwangju Biennale in South Korea, Santa Fe, Sydney, Havana and recently at the Musée du Quai Branly.