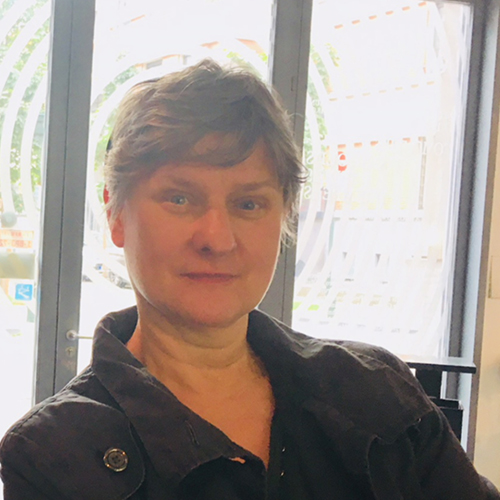 Born in Biel (Switzerland). Lives and works in Brussels and Paris.

In a world saturated with images and information, Marie José Burki’s films, photographs and installations question our perception of reality, analyse the relationship we have with the passage of time and dwell on relationships between words, language games and images. Her films and visual devices shed light on and deconstruct the media strategies to which we are continuously exposed, to reconnect us with the living world. Marie José Burki studied literature at the University of Geneva as well as art at the Haute École d'Art et de Design (HEAD), also in Geneva. She was visiting artist at the Rijsakademie in Amsterdam, directed the post-diploma course at Beaux-Arts de Lyon and taught at the Hochschule fur Bildende Kunste in Hamburg from 2001 to 2008 before becoming a studio artist and, from 2015, head of doctoral level studies (3rd cycle) at Beaux-Arts de Paris. From Documenta IX in Kassel in 1992 to Museum on the Seam in Jerusalem 2018 and taking in the Irish Museum of Modern Art in Dublin (1996), the Museu d’Art Contemporani de Barcelona (1998), The Contemporary in Baltimore (1999), the Villa Arson in Nice (2000), Museum Folkwang in Essen (2005), the Maison Rouge in Paris (2012), Kunstmuseum in Bern (2013), the Kunsthaus in Aarau (2014) and the Institut d’Art Contemporain in Lyon (2015), she is regularly invited to major international events, as well as giving numerous solo exhibitions (Kunsthalle in Basel and De Appel in Amsterdam in 1995, Kunsthalle in Bern in 1998, Musée des Arts Contemporains du Grand Hornu in 2003, CRAC de Sète in 2007, the Gulbenkian Foundation in Lisbon in 2017).