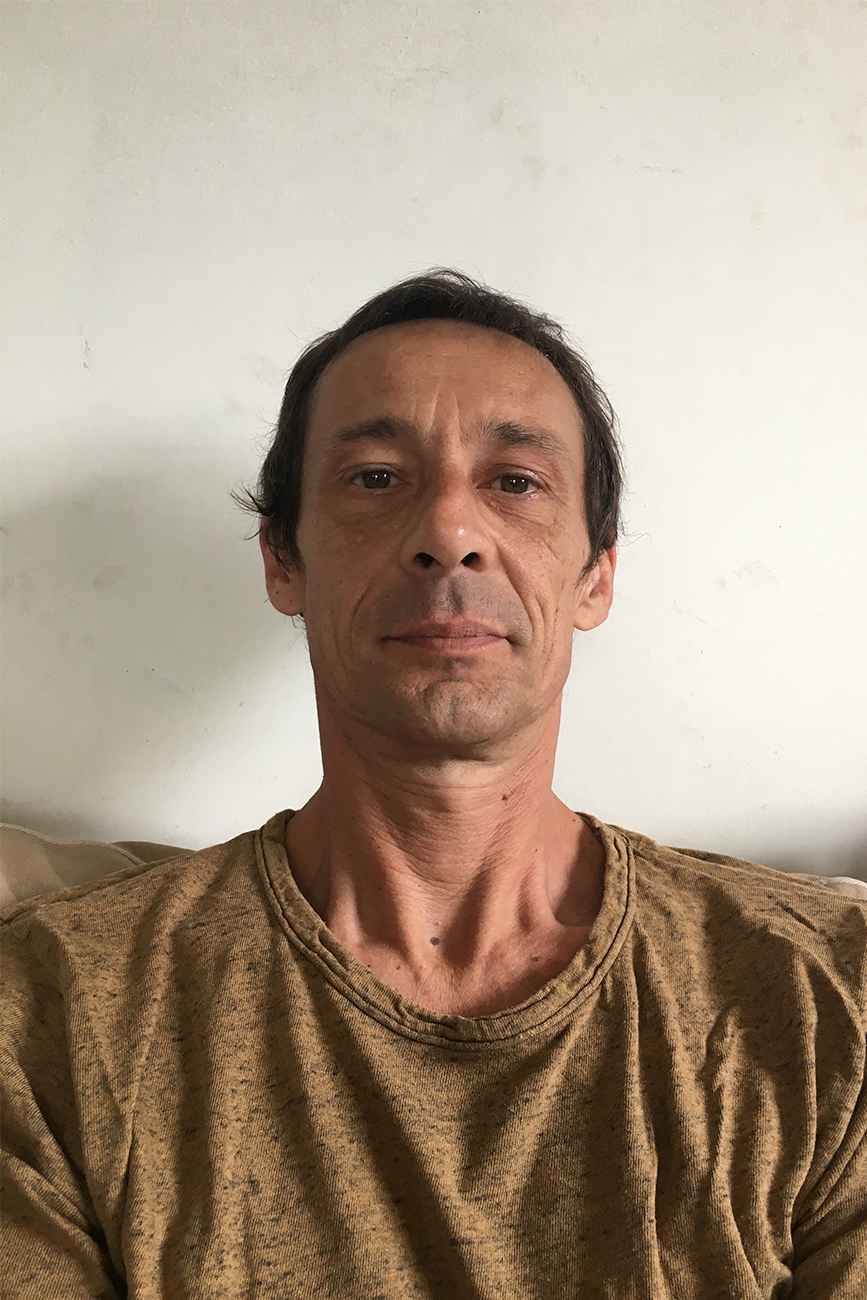 Born in 1966 in Chambéry, France. Lives and works between Montpellier and Paris.

The entire body is intimated in the abstract painting—at once playful and erudite—of Dominique Figarella, who has taught at the Villa Arson in Nice, as well as the Beaux-Arts de Nîmes and of Lyon. Trained at the Villa Arson, within the lineage of Supports/Surfaces, from which he has freed himself, in his approach he continues to question the pictorial process. Gesture, accidents, traces like splashes or imprints, are integrated into his paintings, with a sense of shifting and a touch of humor. Forms and lines are sometimes supported by unexpected objects: a bag of goldfish, photographs, sticking plasters, balloons, suction cups, and so on. His poetic and inventive painting has recently moved out of its frame, to collaborate on Soapera, a dance performance designed with Mathilde Monnier (Centre Pompidou, 2010–2014). Notable among his solo exhibitions are those at Nice’s La Station in 2008, the Musée de Sérignan in 2009, at Life in Saint-Nazaire in 2010. His group exhibitions include:  The Residenzgalerie in Salzburg (2008), EAC in Mouans-Sartoux (2011), Musée Chagall in Nice (2013), La Maison Rouge in Paris (2014), and Villa Tamaris in Seyne-sur-Mer (2019). Exhibitions in 2022-2023: Des corps, des écritures, Musée d’art Moderne de Paris, Filiations 2, Espace de l’art concret (Mouans-Sartoux), Dominique Figarella, Galerie Anne Barrault, Imagetexte6, Topographie de l’art (Paris).