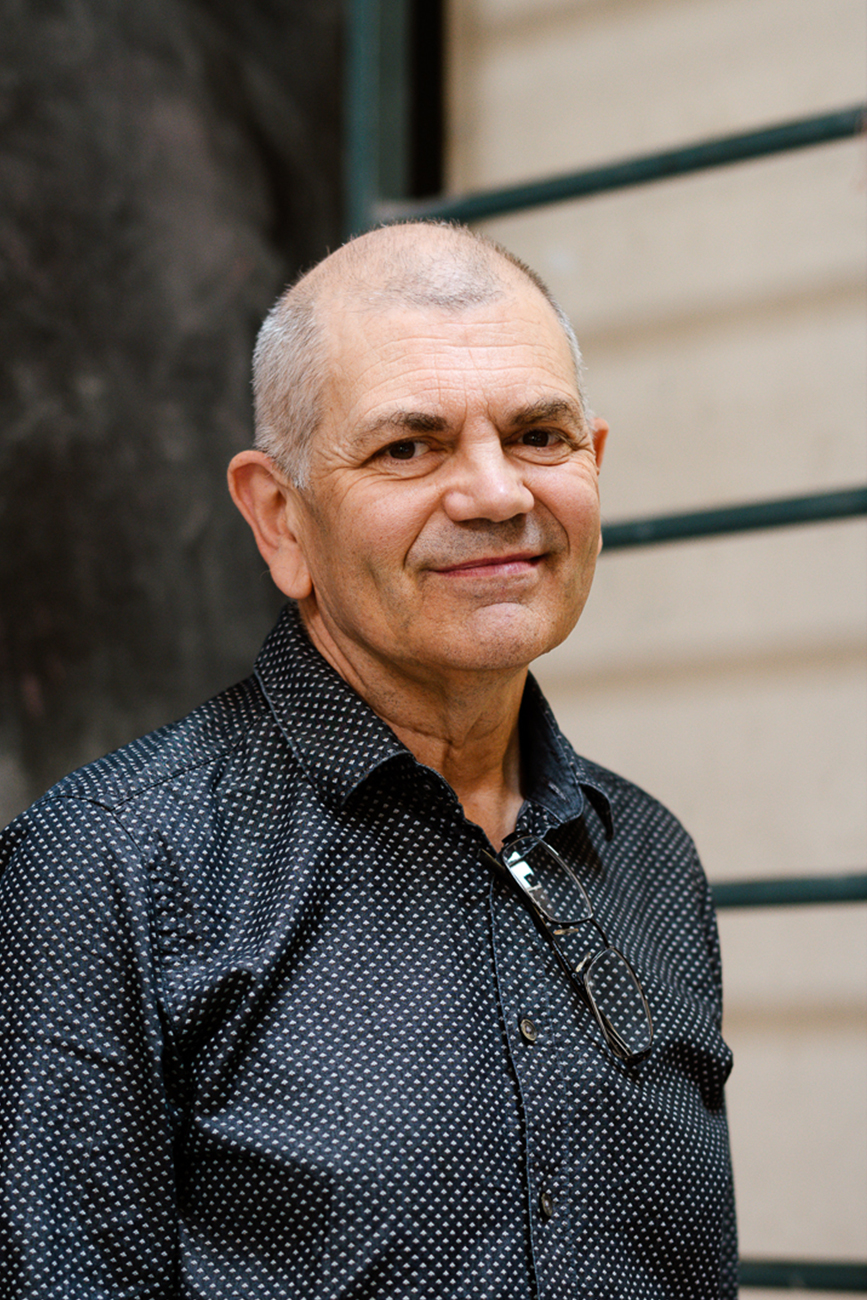 Drawing with a live model

A resident of the Villa Medici in Rome in 1986, Michel Gouéry has been a living model drawing teacher at the public Beaux-Arts de Paris classes since 1994.

A lecturer at the Centre Pompidou from 1988 to 2009, he has participated in numerous solo and group exhibitions in France and abroad. His teaching method focuses particularly on observation, plumbing, triangulation and comparison of contiguous forms. By approaching elements of perspective he teaches his students to draw in space the model and the objects that accompany it. He encourages his students to use different techniques (pencils, pens, brushes, charcoals) while leaving them a great deal of freedom.