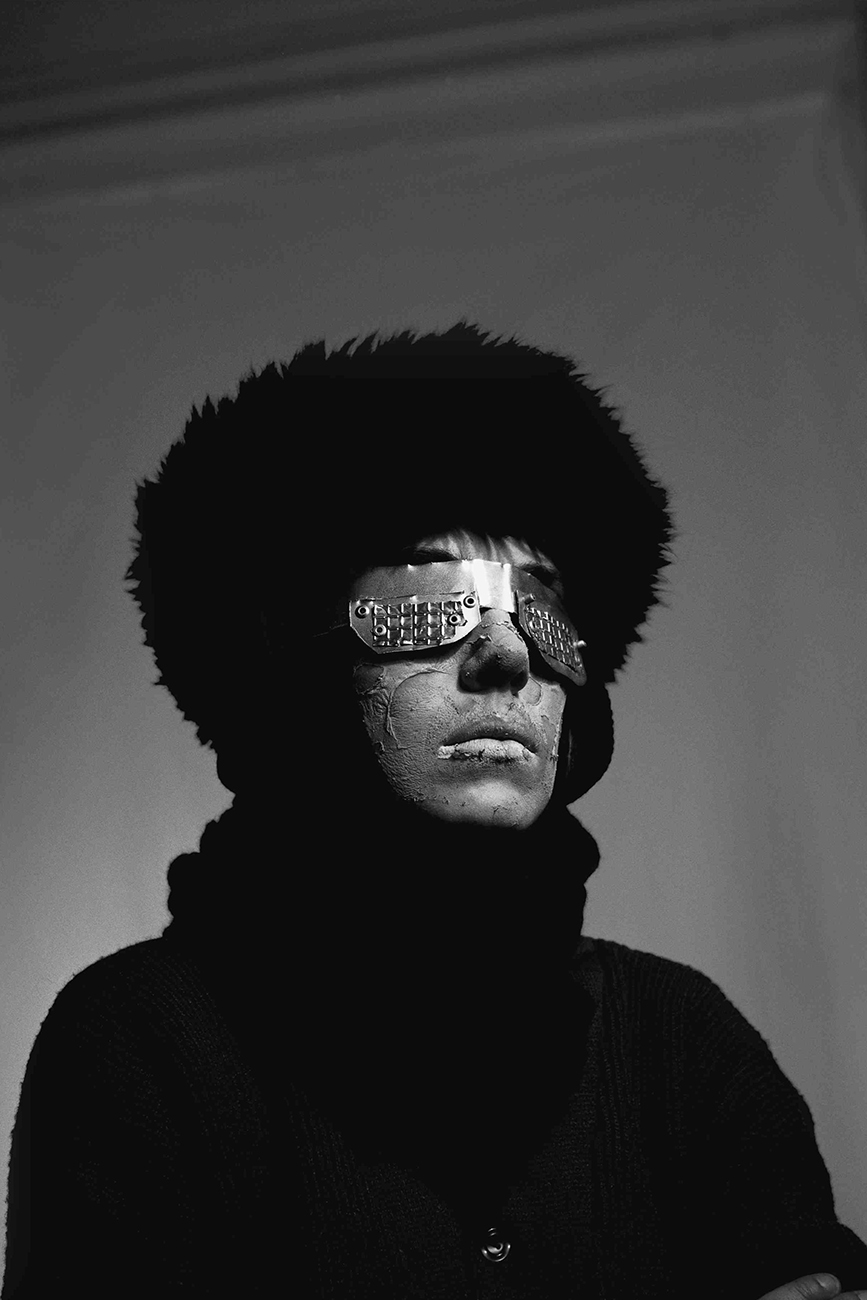 Drawn to the poles and enchanted by both ancient and modern tales of explorers such as Paul-Émile Victor, in the 1980s Nathalie Talec created a poetically icy scientific-fictional universe. Searching for original purity and fascinated by the action of the cold, she uses it to experiment, to question perception, studying the action of chemical and atmospheric phenomena on the elements, and allowing narratives to weave through her drawings, photographs, sculptures, installations, performances, and sound works. While the cold generates narratives, the artist explores various media: in recent years, she has focused on the biscuit porcelain technique and ceramics, creating sculptures with the Manufacture de Sèvres. She began teaching sculpture at the Beaux-Arts d’Angoulême in 1989, then at that of Tours until 2013, when she joined the Beaux-Arts de Paris. Her studio, which is particularly lively and multidisciplinary, emphasizes collective projects and experimental protocols connected to the body and the object. Above all, it is the exploration and the narrative that it generates that is most important to this artist, to whom several solo exhibitions have recently been devoted: at the MAC/VAL in 2008, the YBCA Yerba Buena Center of Arts in San Francisco in 2012, the Musée de Picardie, Amiens and FRAC Franche-Comté in 2016, the Fondation Martell in Cognac in 2018, and the Fondation EDF à Paris in 2019 alongside Fabrice Hyber.