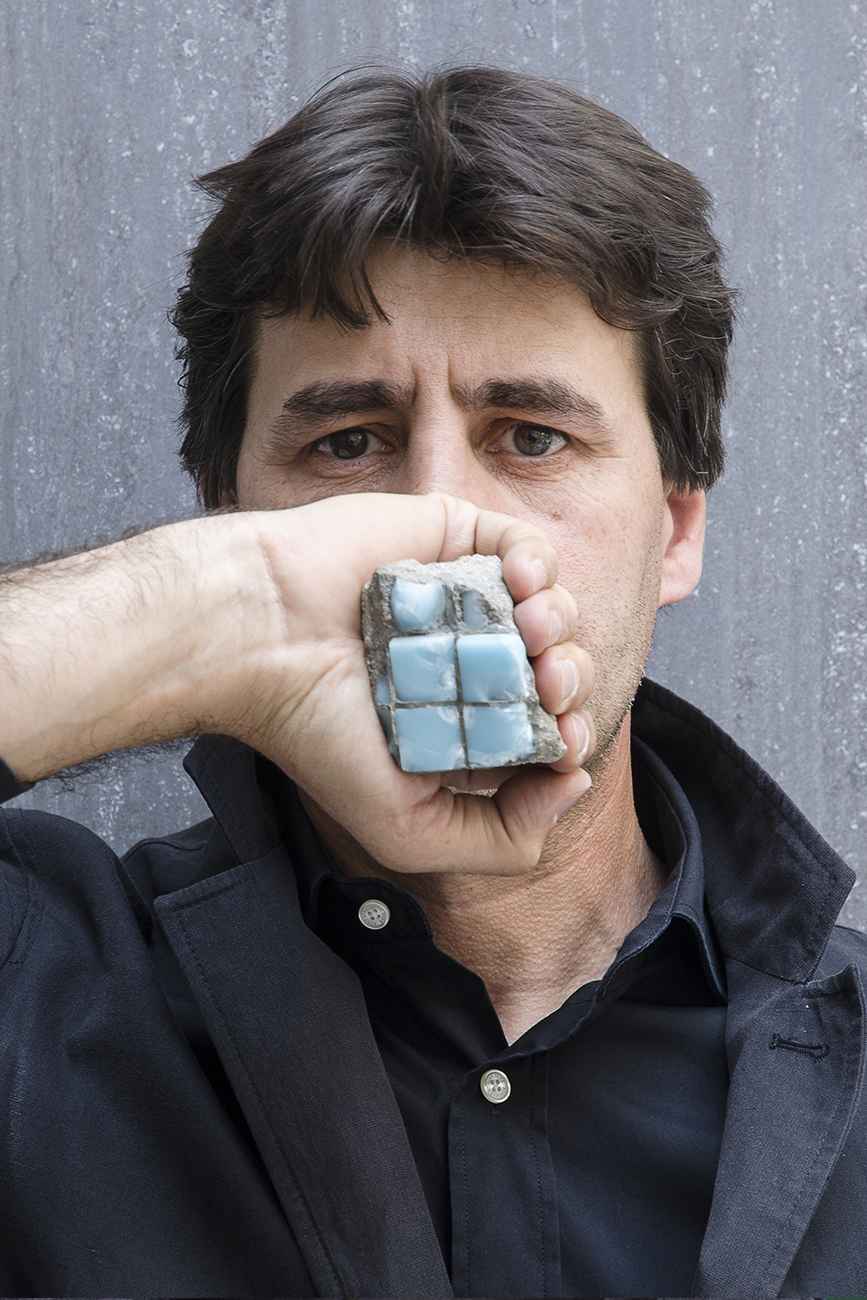 Born in 1963 in France, Fabrice Vannier lives and works in Paris. After studying Spanish and Latin American literature at the Université de Paris IV (1981-1984), he studied at Beaux-Arts de Paris (1984-1989) and the Facultat de Belles Arts of Barcelona (1990).

In his work, founded on ellipse and enigma, Vannier either directly appropriates or twists the imaginary that envelops mosaics, all the while probing its history. His most recent creations – often presented in situ, in the Louvre or in the museums of Evreux and Egine – were born of an analogic intuition and reveal the Mediterranean world as a system of poetic, mythical and biographical, correspondences, reminiscences and references. A member of the AFEMA (for the study of antique mosaics), he participated to the École Normale Supérieure seminary, oversaw the restoration of many sites and historic buildings in Aquincum, Paris, Amiens and Budapest, where he intervened in the school of Fine Arts from 2000 to 2005. He runs the materials / space lab along with Philippe Renault and Götz Arndt.