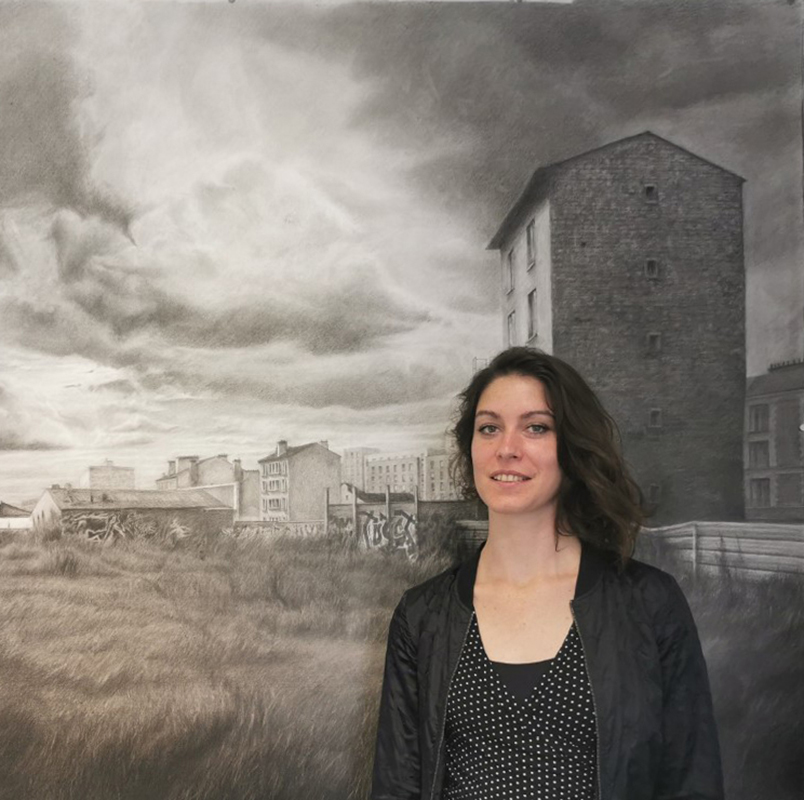 Urban theater: drawing in the city

A graduate of the Ecole d'Architecture Paris-Est (EAVT) in 2011, and of the Ecole Nationale Supérieure d'Architecture de Versailles (ENSA-V) in 2016, Cynthia Walsh will teach the course "Urban Theater: drawing in the City" at the New Academy of Amateurs of Beaux-Arts de Paris starting January 2021.

Cynthia Walsh is interested in the changing Parisian suburbs and depicts landscapes that reveal a history soon to be buried at the dawn of a new narrative. These "Urban Frailties" evoke a society in profound transition and in search of new paradigms. She regularly exhibits her drawings in group and solo exhibitions.